Support to the Family of Dombayev 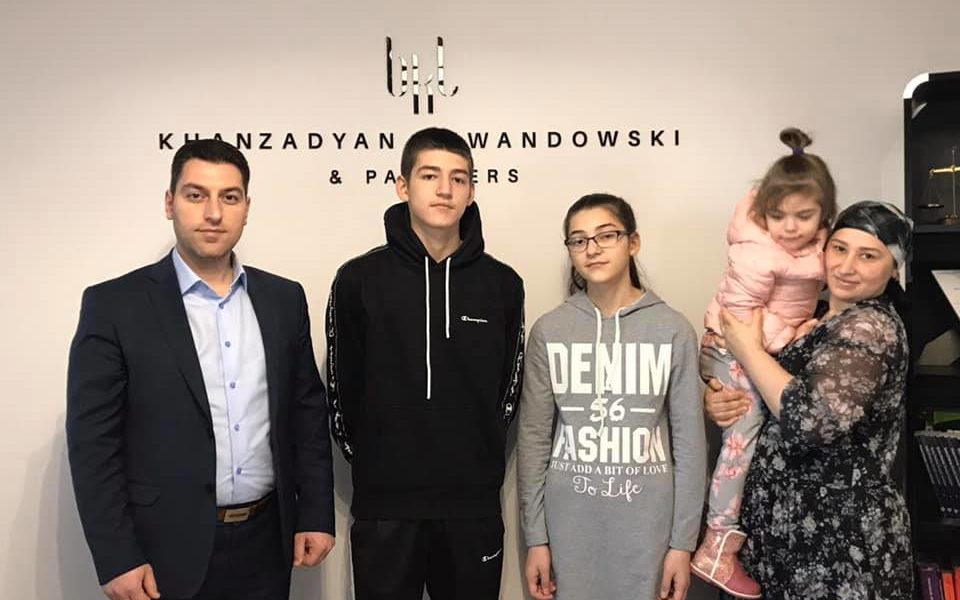 By gating permanent residence card for a long time the Chechen family lived and worked in Denmark.
Mother – Zalina Adzheva( 38 years old) and her husband Arthur Dombaev (39 years old)  raised five children in the territory of Denmark: Muslim 15 years old, Elina 14 years old, Malik 11 years old, Mansur 10 years old and Sofia 4 years old. There was some problem between the family and mother would like to divorce. The fate of the family became interesting for Denmark Social Services.

According to lawyer Babken Khanzadyan words, a representative of the Dombaev family: “In July 2019, the Denmark authorities which is the administrative body for children and youth affairs (Borne-Ungeforvaltningen), without depriving them of parental authority, decide to place all five children in three separate foster homes families. Parents could not accept this, so they decided to pick them up from Denmark. Mom wanted to get to Chechnya through Poland.”

When the family tried to cross the border from Republic of Poland  to Belarus , police turned them out because Denmark declared the children in the missing list. The Polish judicial system transferred the children to a foster family. By the request of their mother, his work started the laywer Babken Khanzadyan.

Family lawyer Babken Khanzadyan said – This week the District Court in “Biala Podlaska” ruled that children responsibility again giving back to parents – Full parents authority has been restored. Again the Polish court stood up for the family and its family rights.

Later the family of Dombaev safely flew to Chechnya from Warsaw.